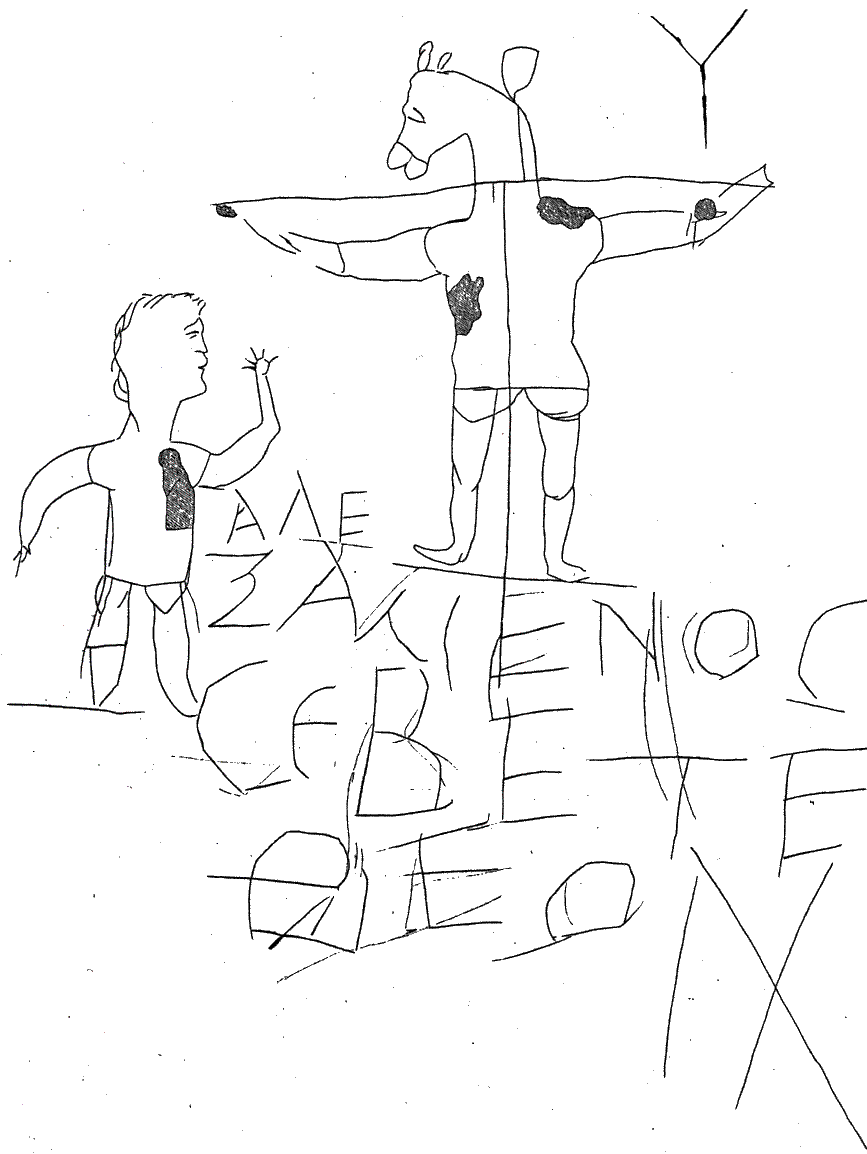 “For, as I said, this was no mere earthly invention which was delivered to them,.. nor has a dispensation of mere human mysteries been committed to them, but truly God Himself, who is almighty, the Creator of all things, and invisible, has sent from heaven, and placed among men, [Him who is] the truth, and the holy and incomprehensible Word, and has firmly established Him in their hearts. He did not, as one might have imagined, send to humanity any servant, or angel, or ruler, or any one of those who bear sway over earthly things, but the very Creator and Fashioner of all things—by whom He made the heavens—by whom he enclosed the sea within its proper bounds—whose ordinances all the stars faithfully observe—from whom the sun has received the measure of his daily course to be observed— whom the moon obeys, being commanded to shine in the night, and whom the stars also obey, following the moon in her course; by whom all things have been arranged, and placed within their proper limits, and to whom all are subject… This He sent to them. Was it then, as one might conceive, for the purpose of exercising tyranny, or of inspiring fear and terror? By no means, but under the influence of clemency and meekness. As a king sends his son, who is also a king, so sent He Him; as God He sent Him; as to men He sent Him; as a Saviour He sent Him, and as seeking to persuade, not to compel us; for violence has no place in the character of God. As calling us He sent Him, not as vengefully pursuing us; as loving us He sent Him, not as judging us. For He will yet send Him to judge us, and who shall endure His appearing? … Do you not see them [the Christians] exposed to wild beasts, that they may be persuaded to deny the Lord, and yet not overcome? Do you not see that the more of them are punished, the greater becomes the number of the rest? This does not seem to be the work of man: this is the power of God; these are the evidences of His manifestation.” Epistle to Diognetus, Chapter VII.

Our author continues his letter explaining that God Himself has come and been revealed to all of humanity. In the foregoing part of this epistle he has condemned the practices of idolatry and worshiping that which lacks reason (As the idols lack any rationality or reason) and he has also commended the Christians and their exemplary way of life. Now we get to to the root of the Christian revelation, that all of this (the abandonment of idolatry and the perseverance in the face of fierce persecution) is only possible because God Himself has come to the human race.

First our author fixates upon the identity of this God in what may strike us as overly verbose writing. That this God must be the one who ‘enclosed the sea within its proper bounds’ or from whom ‘the sun has received the measure of its daily course’ seems obvious to us today. However for our author it is of great importance that he establish for his reader/hearer that the elements we see around us are also creations of the Almighty God Who alone is Existent and Existence Itself. For the ancients it was common to worship the sun or moon or stars and it was common to believe the waters held dark cosmic forces. Again our author is essentially denigrating the practice of idolatry and of thinking any of the natural elements around us as though they were Divine.

However, there is more to this than we might first appreciate as Mathetes finishes his statement about God’s sovereignty over all creation. Mathetes then establishes that this God Himself is the one who came to humanity. The Logos who, with the Father, is sovereign over all things is the one who the Father has sent to the human race. Here we see an early witness to the 4th century formulation of the Trinity as being 3 in hypostases but one in essence. Thus, it is that The Father has sent the Son to humanity.

It is interesting to note that mathetes’ correspondent is likely familiar with stories of gods appearing to humanity or entering this realm. Indeed the greek pagan gods were enshrouded in mythical stories of coming to earth and engaging in pillaging, rape, murder, strife, etc. This time it would not be the god of war or thunder or fertility that came to humanity, rather it is the God of all things that has come Himself for their salvation. Not only this, but the Christian God comes ‘under the influence of clemency and meekness’, hardly a characteristic of the gods of the time. God comes out of His Love that He may bring us back to Himself, not out of vengeance or wrath.

Today many modern Christians believe the only reality to the story of the kenosis of the Logos and His coming to humanity is to appease a certain wrath which is against us. It is interesting that our author in writing to Diognetus is actually trying to dispel this very notion even in the first centuries A.D. as he says, ‘for violence has no place in the character of God’. It would have been convenient for our author to use similar analogies to the brutal and sadistic gods of his own times and yet he seeks to dissociate the Christian God from these notions of ‘the gods’. Perhaps this proximity to paganism was a boon to the early Christian peoples in their spreading of the gospel. Rather than the rapacious gods of the time, the Christians were proclaiming the Son of God in His self-emptying love and humiliation due to His love for all of humanity. The Christian God was perhaps seen as weak and pathetic by the standards of the time especially when faced with the reality of the Crucifixion where The Logos suffers and dies in the flesh at the hands of His own creation. Moreover it seems that in our modern time we have returned to a more pagan notion of God especially in the Western reformed tradition and their formulation of a wrathful God whose honour is offended, for which He will require an infinite retribution. It is almost without doubt that Mathetes, our anonymous author, would have sought to distance himself from this caricature of God. Perhaps his proximity to the ‘gods’ of the Greeks, gods who were vengeful, wrathful, bloodthirsty, etc allowed him to see with a more abundant clarity that this was so clearly different from the revelation given in Christ.

Indeed the pagan world saw the humiliated Christ of the Cross as an offense and foolishness as St. Paul informs us,

“For the message of the cross is foolishness to those who are perishing, but to us who are being saved it is the power of God. 19 For it is written: “I will destroy the wisdom of the wise, And bring to nothing the understanding of the prudent.” Where is the wise? Where is the scribe? Where is the disputer of this age? Has not God made foolish the wisdom of this world? For since, in the wisdom of God, the world through wisdom did not know God, it pleased God through the foolishness of the message preached to save those who believe. For Jews request a sign, and Greeks seek after wisdom; but we preach Christ crucified, to the Jews a stumbling block and to the Greeks foolishness, but to those who are called, both Jews and Greeks, Christ the power of God and the wisdom of God. Because the foolishness of God is wiser than men, and the weakness of God is stronger than men.” 1 Corinthians 1:18-25.

Here Christ is depicted with the head of a donkey as the donkey is an animal of labour, a slavish type of animal. Perhaps there is a small irony in that Christ can be said to have laboured after us in coming to us but this depiction is clearly one which seeks to mock the Christians for believing in a God who, rather than coming with thunder and lightning or in strength and force comes, in ‘clemency and meekness’. This radical God is the God of the Christians who in the Coptic Orthodox Church is called by the title, ‘Philanthropos’ translated literally as the ‘lover of the human being’ or ‘lover of humanity’.

Yet, the Christians continue to be persecuted, killed, beaten etc. However, they also continue to persevere and are willing to lay down their very lives for the God Who came to pursue them in love.

Christ is still a radical God in our context and we too face our own persecution for belief in Him. Will we allow the wisdom of this age carry us away in our notion of Christ and how we understand Him? Or will we perhaps be carried away in the pursuit of our desires and the deception that we can carry out our Christian faith without dying to this world and living to Christ much as Christ has laid down His life for his friends and His Church?

Follow An Ancient Faith For a Modern World on WordPress.com