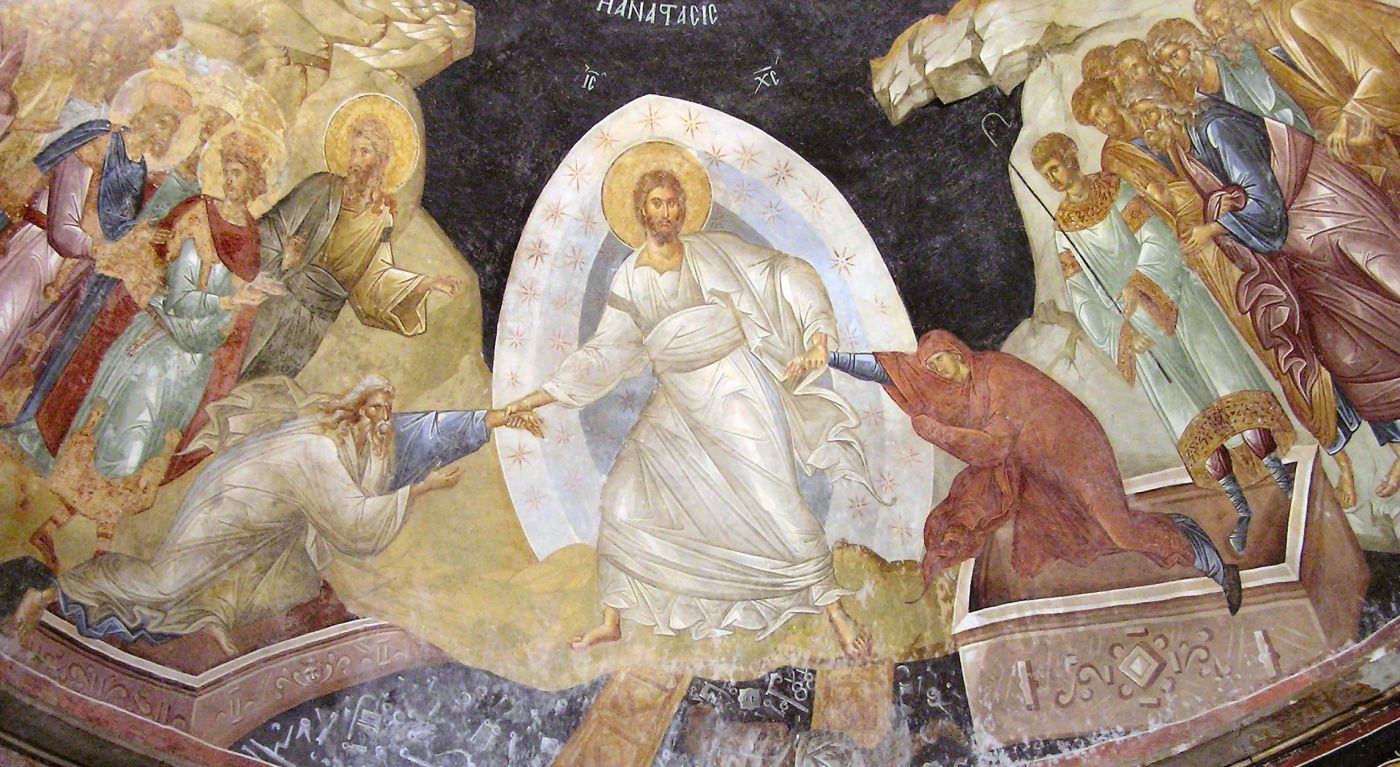 “He took our flesh and our flesh become God, since it is united with God and forms a single Person with Him. For the higher perfection dominated, resulting in my becoming God as fully as He became man… Here below he is without a father; on high He is without a mother: both these states belong to Divinity… He was wrapped in swaddling clothes, but when He rose from the tomb he laid aside the shroud… ‘He had no form or comeliness’ (Isaiah 53.2), but on the mountain He shone with a splendour more dazzling than the sun – the foretaste of His future glory.
As man He was baptized, but as God he washed away our sins. He had no need of purification, but he wished to sanctify the waters. As man He was tempted, but as God He triumphed, and He exhorts us to be confident because He has ‘overcome the world’ (John 16:33). He was hungry, but he fed thousands and He is ‘the living bread which came down from Heaven’ (John 6:51). He was thirsty, but he cried, ‘If any one thirst, let him come to Me and drink,’ and He promised that believers should become springs of living water (John 7:37). He knew weariness, but He is rest for ‘all who labour and are heavy laden’ (Matthew 11:28). He prays, but He answers prayers. He weeps, but wipes away tears. he asks where Lazarus has been laid, for he is man; but he raises him to life, for He is God. He is sold, dirt cheap, for thirty pieces of silver, but He redeems the world, at great cost, with His own blood… He was weak and wounded, but He cures all infirmity and all weakness. He was nailed to the wood and lifted up, but He restores us by the tree of life…. He dies, but He brings to life, and by His own death destroys death. He is buried, but He rises again. He descends into hell, but rescues the souls imprisoned there.

He Who if Life enters into death that, being Life Itself, He may destroy it by His very presence. Christ has descended to the very depths of human existence and filled it with the Divine Presence that we may live forever. So that we may Live by becoming partakers of the Divine Nature (2Pet 1.4) for He is The Life. Life is nothing apart from God Who Is [Who exists] and ever will be. Our whole life had to be filled with Life and this is why the Logos becomes Incarnate. Not simply to die but to destroy death.

Follow An Ancient Faith For a Modern World on WordPress.com